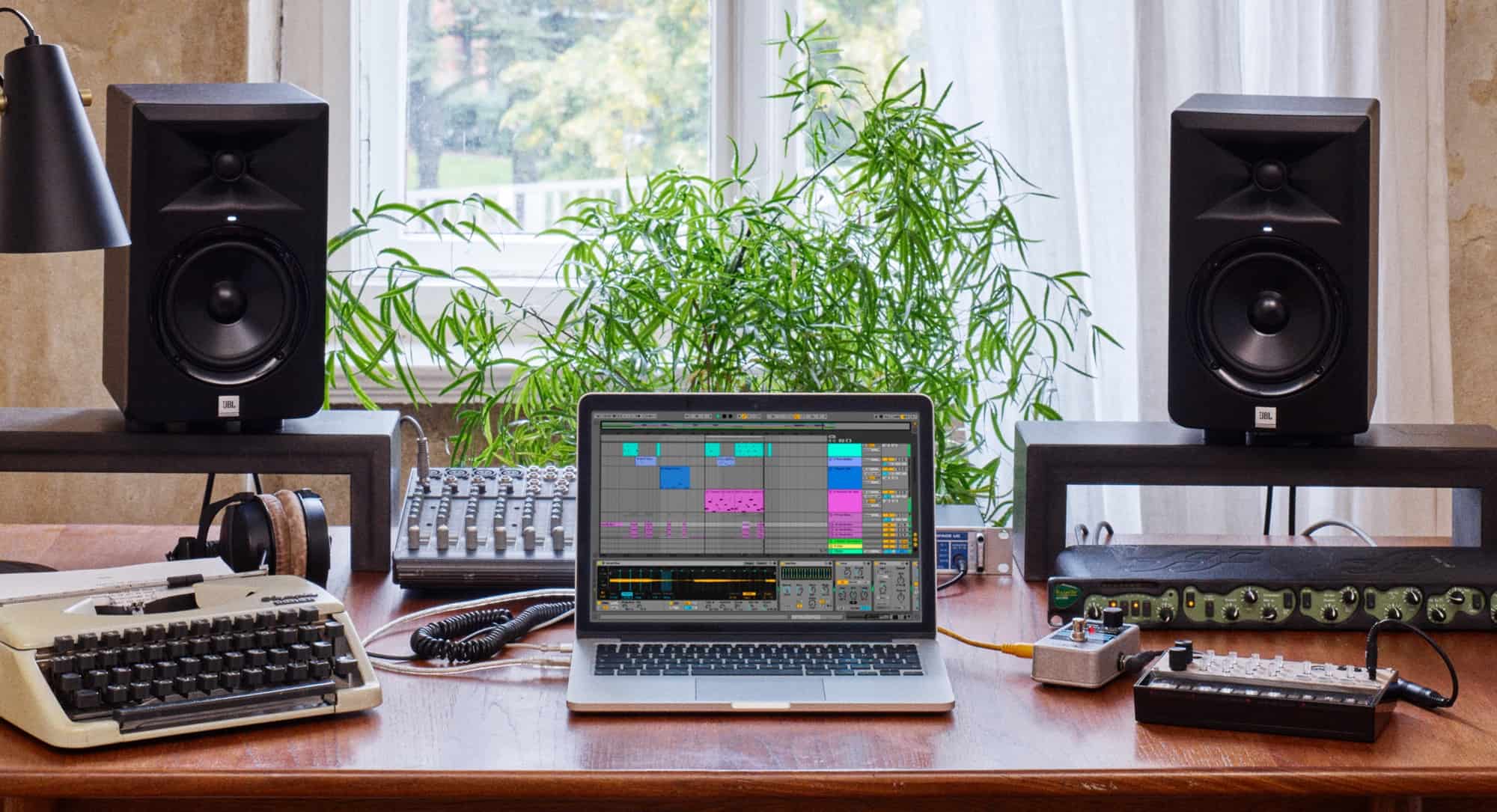 Live’s ability to synchronize audio clips with any given tempo is one of its most beloved, unique, and important features. But in addition, you can warp the rhythm of an audio clip by moving existing notes to new, rhythmic positions. With this ability comes all sorts of fantastic niceties.
Warping is the stock and trade of a Live power-user. Consequently, this chapter is one you will want to come back to. It contains the essential methods of using this powerful feature.

__Engage!__
![](https://paper-attachments.dropbox.com/s_C4828BFA9CCB4D6C93B487000837348C1B52E68A8616697A74F4156B680DD526_1558367313820_file.png)
As we saw in the chapter, [Clip Editing: The Basics][clip-editing-the-basics], an audio **clip’s** warping properties are set in the *Sample* section of the *Clip View*. The most significant control here is *Warp*. *Warp* toggles a clip’s warping on or off. Although the default **warp** property for new **clips** is determined in the **Warp** section of Live’s preferences (`⌘+,`), this can always be overridden here on a per-clip basis.
**To Warp or Not To Warp**
Why wouldn’t we want to warp? Well, there are times when **Live’s** propensity to make *plastic* everything it touches can be a real buzz-kill. It’s usually great — except when it isn’t. It’s like the opposite of the fabled *King Midas*!
With *warp* switched to off, **Live** plays audio samples at their original tempi, irrespective of the current tempo of the **Live** **Set**. This is useful for samples that have no inherent rhythmic structure: percussion hits, atmospheres, sound effects, spoken word and the like. Turn the *warp* switch on to play *rhythmic* samples (loops, music recordings, complete music pieces, etc.) in sync with the current song tempo.
Additional warping settings can be found in the *Preferences* menu (see also, [+Housekeeping][housekeeping]). One of these is the setting that tells **Live** if it should automatically warp long samples. Setting *Auto Warp Long Samples* to *off* may be a good idea when importing full songs or multitracked *stems* which may not behave as expected when warped.
__In Use__
**Warping** is an effective way to make subtle (or dramatic) corrections the *timing* of clips. For example, a drum beat that falls 150ms after the desired downbeat of a measure — a moment too late — may be moved precisely onto its idealized target. The musical divisions that are inherent in any given tempo—beats, quarter notes, sixteenth notes, etc.—are indicated by vertical lines: **Live’s** *grid.* The resolution of the *grid* may be doubled or halved using the `⌘+1` and `⌘+2` commands.

Click above a transient (the little grey down arrow) to enable a warp marker. Transients are the burst of energy that usually mark the start of a note. Live analyzes these and this is how it tells one note from another. When enabled, the warp marker turns yellow. Double-click anywhere in the warp marker bar to create a new warp marker. Moving a warp marker left or right will compress or stretch the material between adjacent markers.

Warp markers identify the “note” (or segment of the MIDI or audio clip) that we want to move. The grid displays the points in time that correspond to whatever tempo we have chosen. All that remains is to drag the warp marker to the grid position and our work is done!

To create warp markers for all the transients that fall within a selected range, use the top-level menu item: Create/Insert Warp Markers… or press ⌘ + i. To delete multiple warp markers, select a range and press ⌫ [delete]. Don’t worry; unlike MIDI, you won’t be deleting the notes themselves.

If a single event in a percussive audio loop comes late, simply pin a warp marker to it and drag the warp marker to the correct beat position on the grid. Double-clicking or dragging the small triangle above a transient changes it from a pseudo warp marker to an actual warp marker.

Imagine you would like to warp and loop an isolated section of a sample such as a ‘breakbeat’. Drag over a selection of a clip, right-click it, and choose Warp Selection As…. Live will then make its best guess about the correct loop length (number of bars/beats), set the loop markers to match, and warp the selection to fit. Setting Downbeat to 1
It might happen that Auto-Warp guesses the tempo correctly but gets the downbeat wrong. To remedy this, you can do one of the following:

One additional use of Live’s warp function is to conform Live’s tempo to that of an imported track. Many such tracks, particularly those produced in the modern era of DAWs, have consistent tempi — as they were probably recorded to a metronomic grid. This process is inherently different than what you are likely to encounter when working with shorter loops.

Although it’s gotten better in recent versions, Live doesn’t always do a great job warping these types of songs. Read below for a procedure that is effective in giving Live a little help in this basic (and illustrative!) task. You may determine that Live’s auto-warping abilities are strong enough, but if/when that is no longer the case, you may thank us.

If that seems like a lot, here’s the entire thing in about thirty seconds!

The warp modes are different varieties of granular re-synthesis techniques. Granular re- synthesis achieves time compression and expansion by repeating and skipping over parts of the sample (see [+Synthesis][synthesis])

Beats Mode
works best for material where rhythm is dominant. The granulation process is optimized to preserve transients in the audio material. Use the Preserve control to preserve divisions in the sample as boundaries when warping.

Transient Loop Modes
The Transient Envelope slider applies a volume fade to each segment of audio. At 100, there is no fade. At 0, each segment decays very quickly.

Tones Mode
Tones mode serves well for stretching material with a more or less clear pitch structure, such as vocals, monophonic instruments and basslines. For signals with a clear sense of pitch contour, a small grain size works best. Larger grain sizes help avoid artifacts that can occur when the pitch contour is unclear.

Re-Pitch Mode
With this mode, Live doesn’t really time-stretch or compress the music. Instead it slows or speeds up in much the same way that a record player would.

Complex Mode
This mode tends to be used for composite signals that combine the characteristics covered by other Warp Modes. It works well for warping entire songs with beats, tones and texture.

Complex Pro
Complex Pro is the same as Complex but better quality (and increased overhead on the computer)!

Formants
At 100%, the original formants (overtones that are generally associated with specific vowel sounds) will be preserved. This allows for large changes in transposition while maintaining the sample’s original tonal quality.

Envelope
Use this for very high-pitched samples. You may have better results with lower Envelope values. Likewise, low-pitched material may sound better with higher values.